Richard Fortus is an American guitarist.

Richard Fortus is known as  guitarist of Guns N'Roses

During the pandemic he accepted to play guitar for  Slinky Vagabond using his Home Recording Studio to record the tracks "Fear no Evil" and "English Country Garden". 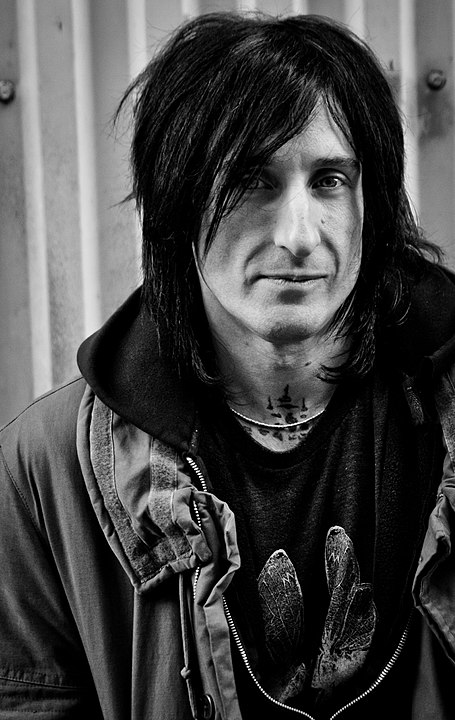 Richard Fortus studied at the Conservatory of the Arts in St. Louis and Southern Illinois University and also played in several youth symphonies in the St. Louis area.

He founded the band The Eyes in 1984. The four-piece band independently released "Freedom in a Cage", which was produced by David Probst.

After signing with Atlantic Records, they changed their name to Pale Divine.They subsequently toured the U.S. promoting  their only album, Straight to Goodbye, opening for The Psychedelic Furs.

From 1995 to 1998 Fortus  joined Loup Garou, a  NYC band,  for club dates and festivals that included dates in Europe and culminated with the recording of the band's 3rd CD "Ten Wines from Job's Vineyard".

In 1999, Richard Fortus was contacted by Guns N' Roses to audition as a potential replacement for the departing Robin Finck, but he didn’t get the job.

When the Psychedelic Furs reformed in 2000, Richard Fortus joined the group as second guitarist and played on the live album Beautiful Chaos: Greatest Hits Live.

Aside from lead singer Axl Rose, and keyboardist Dizzy Reed, Fortus is the longest tenured member of Guns N' Roses, having been with the band continuously since 2002.

Alongside his work in Guns N' Roses, Richard Fortus is a former member of Love Spit Love, Thin Lizzy and The Dead Daisies.