Martin Turner   is an English musician best known for his time as bass guitarist and lead vocalist of Whishbone Ash. 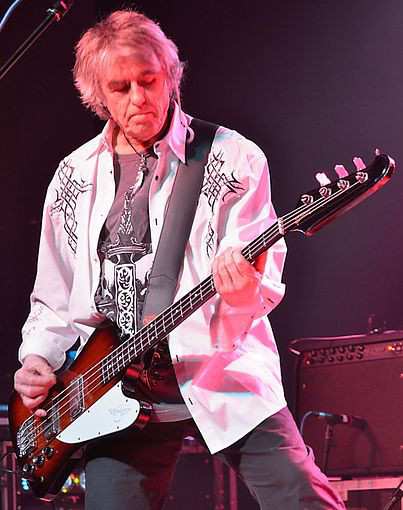 Turner was with the band from its inception in 1969 until 1980, during which time he was a key songwriter and creative force within the band. He played on their classic album Argus to which he also contributed vocals as well the bulk of the album's lyrics.

In 1980, a decision by the rest of the group to introduce a frontman, led to Turner parting company with Wishbone.

Turner  went on to a career in studio management and record production and also formed his own band The Wolfgang (also known as Bamboo and Martin Turner's Stolen Face).

In 1987 the original Wishbone Ash quartet reformed, and Martin Turner produced and performed on the albums Nouveau Calls, Here to Hear and Strange Affair as well as undertaking worldwide touring with the band between 1988–1991.

In late 1991 Wishbone Ash decided to continue without Turner.

In 2005, he formed a new band, Martin Turner's Wishbone Ash to perform music from the definitive era of the original band.

In July 2012 Turner published his autobiography No Easy Road – My Life and Times With Wishbone Ash and Beyond through his website. The book chronicles the classic Wishbone Ash years, as well as Turner's personal journey, and contains contributions from former Wishbone Ash members Ted Turner (who also wrote the foreword to the book), Laurie Wisefield and Ray Weston, as well as other key figures in the story.

In 2015, Martin Turner produced a new album, Written In The Stars. The sound is reminiscent of the classic Wishbone Ash sound from the 1970s, and has received mostly favourable reviews. The album won the "Album of the Year 2015" award in the What's On magazine 2015 awards.

During the pandemic he accepted to play bass guitar for Slinky Vagabond using his Home Recoirding Studio to record the track.