Andy Hilfiger is an American businessman in the fashion industry and a musician. He is the creative director and namesake of Andrew Charles, a rock 'n' roll inspired fashion line, of which Steven Tyler is the face. 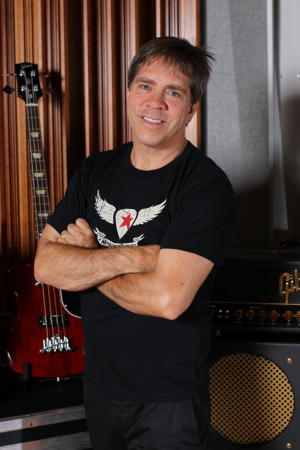 In 1982,  Andy Hilfiger  moved to Manhattan from upstate New York where he began to further pursue music. Andy Hilfiger toured with members of the Ramones, Kid Rock, and Blue Öyster Cult.

After a decade of work at Tommy Hilfiger, Andrew started a new company called Sweet Face Fashion where he played a major role in launching the JLO by Jennifer Lopez brand.

Andrew Hilfiger launched in the Impulse department of select Macy's stores and on macys.com in Fall 2011. It consists of a menswear line, inspired by Steven Tyler, and a women's collection inspired by 1970s bohemian styles. Steven Tyler and his daughter, Chelsea Tyler, are the faces of the Andrew Charles advertising campaign and have made appearances at select Macy's stores to promote the brand. Hilfiger has also developed a line of scarves with Steven Tyler for Andrew Charles called Rock Scarf.

During the 1980s, Andy Hilfiger played bass guitar in the band King Flux, which consisted of his brother Billy Hilfiger, Richie Stotts of the Plasmatics, and Marky Ramone. Other lineups for this band included Tony Petri from Twisted Sister and Albert Bouchard of Blue Öyster Cult.

He currently plays bass for the X Brothers along with Joe Bouchard of Blue Öyster Cult. The X Brothers have released two albums to date and are currently recording their third.

During the pandemic Andy Hilfiger  accepted to play  bass guitar for  Slinky Vagabond using his Home Recoirding Studio to record the track.