Stitched Sound, the  online music website and magazine,  interviews the two members of Slinky Vagabond :  Fabio Fabbri , guitarist, composer and producer and Keanan Duffty, singer and songwriter. They discuss making music together, their love for fashion and music, their  new album "King  Boy Vandals" and what's next. 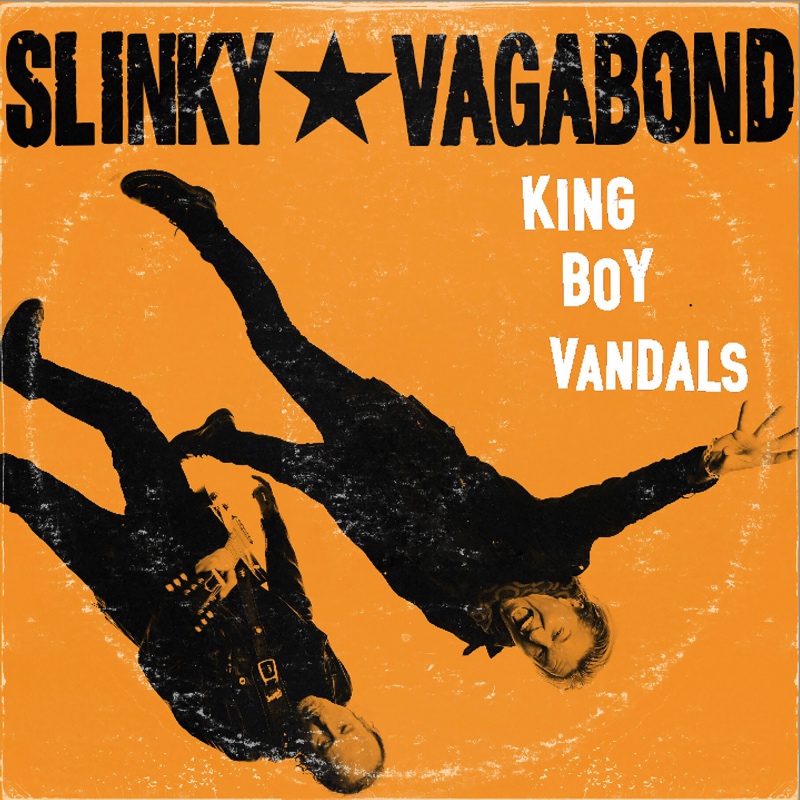 "Growing up in England, Keanan Duffty developed a love for fashion and music from a young age, inspired by artists such as David Bowie, Mark Bolan and Roxy Music.  He graduated from Central St Martins in London with a Bachelors of Arts degree in fashion and textiles and in 1993, he moved to New York to his base for a career in fashion design.  In 2007, along with Clem Burke (Blondie/The Ramones), Glen Matlock (Sex Pistols/Rich Kids), Earl Slick (David Bowie/John Lennon) and a collaboration with the late Pete Shelley, Keanan formed the band Slinky Vagabond, with their first show being played at Irving Plaza as part of Joey Ramones annual birthday bash.    They also performed at Fashion Week’s Gen Art and Rock and Roll Fantasy Camp (2008) and Marc Bolan’s 30th Anniversary Show (2007) alongside Patti Smith, Tom Morello, Joan Jett, Ronnie Spector, and more.   After playing many shows together, other engagements led the band members to part ways.  In 2018, while lecturing at the Polimoda International Fashion Institute, Keanan met Italian guitarist/musician Fabio Fabbri, who teaches at the institute and heard Keanan speak.  An instant chemistry led them to play music together and Slinky Vagabond 2.0 was born.   “At the beginning, we didn’t have plans or projects,” adds Fabio.  “I felt a great energy playing with Keanan: no limits, no barriers.  Our different musical backgrounds created an exciting mix and we felt it was time to build a more structured project.  I think the true essence of Rock’n’Roll comes out when you can work free from plans or deadlines.”  May 6th will see the release of their album King Boy Vandals, the title being an anagram of Slinky Vagabond.  Featuring guest appearances by Midge Ure (Ultravox/Visage/Live Aid co-founder), Dave Formula (Magazine/Visage), Richard Fortus (Guns N’ Roses/Psychedelic Furs), David Torn (David Bowie/David Sylvian), Tony Bowers (Durutti Column/Simply Red) and Martin Turner (Wishbone Ash), King Boy Vandals is an album born of musical alchemy, forged in fire and cooled in sweat.  The album was recorded in Fabio’s recording studio outside of Florence, Italy.  Adds Fabio, “Having a personal recording studio gave me the opportunity to work during the pandemic and also to get through that very bad period.  I think that the pause of live concerts in 2020 made musicians more available to work on new songs and I think that is one of the reasons we had so many great musicians as guests.”  Comprised of some songs that they each brought to studio, and some they wrote together from scratch, they recently released the first single “The Beauty In You”, featuring Dave Formula and Tony Bowers.  Says Keanan, “It’s about the beauty in decay,” he explains. “Although it masquerades as a love song, it’s actually about abandoned ghost towns like Pripyat in northern Ukraine, which was evacuated after the explosion of the Chernobyl Nuclear Power Plant.  Also, The Salton Sea in California where the town of Bombay Beach was once a popular destination for Frank Sinatra, the Beach Boys, and Bing Crosby and it now is a derelict ‘living ghost town.’  I love that place.  It’s like being in a deserted town on Mars.”  With plans to promote the album and do a later release of the album on vinyl, this is definitely an album you will have in heavy rotation!  You can connect with Slinky Vagabond via the following links.  Photo credit: Ruggero Lupo Mengoni"