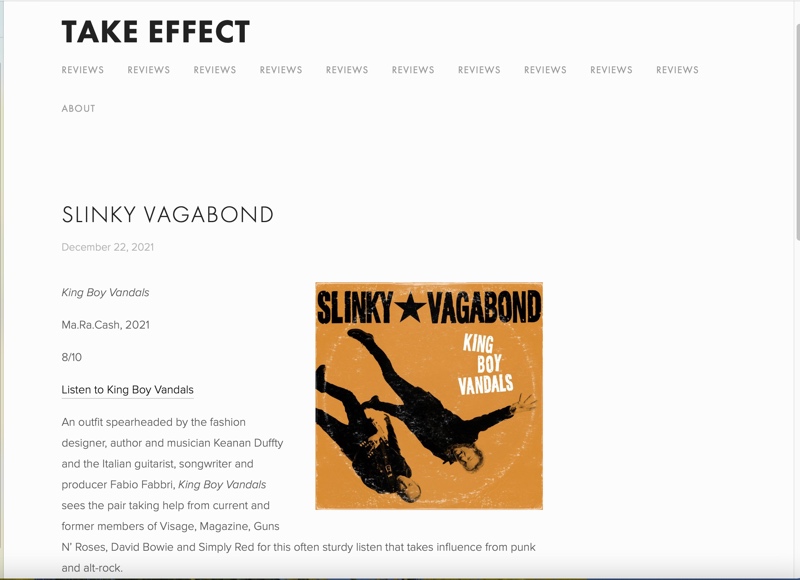 “Prima Donna” starts the listen with a thick and buzzing display of gritty yet melodic alt-rock that somehow sounds indebted to the ‘90s while also being modern, and “Fear No Evil” follows with a some prog-rock ideas entering the thumping and groove friendly climate that was actually a demo Duffty wrote for Velvet Revolver.

Further along, “Falling Down” is a quieter offering of post-punk like dreaminess amid angular guitar work and a very crisp rhythm section that features Tony Bowers on bass, while “Euphoria” takes a bigger step in prog territory alongside some ‘80s appeal and David Torn’s guitar prowess. “English Country Garden” then certainly points towards the band’s British influences, where Richard Fortus’ hard rock tendencies add much to the energetic landscape.

Deeper yet, “Rocking Into An Explosion” swirls with both grit and tunefulness, as soaring vocals and spirited guitars complement the spacey ideas, and “The Beauty In You” exits the listen with a warm acoustic tune, where a poetic delivery and cozy strumming alongside gentle piano and stirring strings make just as much an impact as the louder tracks.

An album that was primarily recorded live, Duffty and Fabbri certainly know how to navigate a muscular rock tune you won’t soon forget, and the many players and vast influences makes for a listening experience that will be enjoyed by those with interests as wide as David Bowie, The Psychedelic Furs or even Buzzcocks.

Travels well with: The Psychedelic Furs- Made Of Rain; The Milwaukees- The Calling