The result is a new music project that has its roots in the ‘70s and ‘80smusical genres, butwith various different influences that givetheir music a contemporary sound.

In fact, Slinky Vagabond music is not conceptual or experimental, it is a recording studio output, produced as overall direction of the creative  processfrom beginning to end, where Slinky Vagabond have taken control of everything: have written the songs, supervised the arrangements, masterminded all phases of the recording process with most painful attention to detail and released the result on their own online distribution.

This use of the recording studio is one more element that characterises Slinky Vagabond music. Fabio Fabbri is a music producer who considers the recording studio as an additional musical instrument used to aid the process of composition, as Jimi Hendrix and other artists used to do.

Regarding the Slinky Vagabond experience,Fabio Fabbri says “ It has been incredible: each musician played his instrument live at his own recording studio, in Great Britain, in Ireland, in the USA  and we exchanged files directly using modern technology to create a real live performance. It has been the most exciting experience I have ever had in my musical life ! “

And Keanan Duffty says; “Fabio Fabbri is one of the most gifted and genuine musical talents that I have ever met and I have been very lucky to work with some legendary musicians, who also happen to be my heroes. Fabio’s guitar playing is a pleasure to experience. His melodies are sublime and unique and he is one of the kindest people I know”.

All the recordings were produced by Fabio Fabbri at his Wolfmountain Home Recording Studio.

Mario McNulty, a New York City Grammy Award winning music producer, mixer and engineer, was delighted to participate in the project doing the mixing of the track ‘The Beauty in You’ .

Fabio Fabbri is not only the producer and the composer of most of the songs, he is also the lead guitarist.

About his experience with Slinky Vagabond he remembers: “ I was used to playing  the  same guitar - Fender  or Gibson - all through a live performance or the recording of an album. But the experience with Slinky Vagabond has given  me new insight  into the useand choice of the instruments. I havealways played a Fender Stratocaster, looking fordifferent tones and sounds throughthe guitar touch that at that moment inspired me. But, during the work with Slinky Vagabond, while the recording was going on,it was as ifI was gradually castingoffclichés concerning the various ways ofusingthedifferent kinds of guitars.”

“Actually, -Fabio says- having almost always used my Fender Stratocaster, I have never had to consider which guitar to use to produce a particular riff or sound. I have always looked for the best sound using the touching and the phrasing while playing my Fender Stratocaster also in situations where it  would have seemed more suitable to use a Gibson Les Paul timbre.”

That means that the possibility to experiment doesn’t only refer to the use of  new recording technologies or electronics, but also to a different way  to use the instrument in relation to  the arrangement of a track. 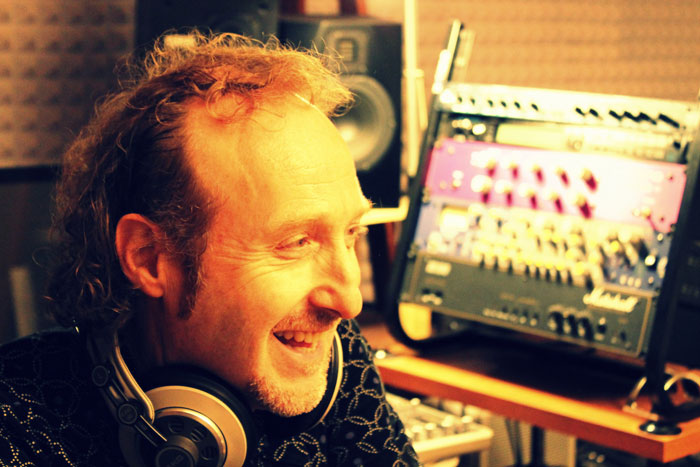 Fabio continues:“I think that the habit many guitarists have in choosing a specific guitar in relation to the sound  they are looking for, is probably more a  psychological questionthan a practical one. I think that this approach  is  due more to  the influence that specialised magazines have on  the guitarist’s approach, than on a realistic reason.”

In fact, if you take a glance at an iconic guitarist like Jimi Hendrix, whose image was closely linked to Fender Stratocaster, a kind of guitar that has a very recognisable sound and that Jimi used for most of his tracks also because he could use the lever, it’s very impressive to see him playing a Gibson SG Special on  the albumBand of Gypsy, with which he produced a different sound whilemaintaining the typical characteristics of the Hendrix phrasing.

We can say the same for Mick Ronson who especially loved Fender Telecaster, while during live concerts he mostly used a Les Paul, leaving us doubtful about which guitar he had really used during the recording sessions.

Therealquestion iswhetherthe guitarist chooses the guitar according to the sound he wants to achieve, rather than be influenced by the way in whichgreatguitarists used that particular kind of guitar.

Fabio says: “ Recording with electric guitars, in my Wolfmountain Home Recording Studio,I have always  preferredflatrecordingwhich meansrecording directly without the use of special effects. I have also used this approach  during the recording of the Slinky Vagabond album. This determined my choice of the guitar that would guarantee the sound I was aiming at. I must say that during the recording of King Boy Vandals, I changed my usual habit and I used different guitars during the recording of the tracks, more than I used to do in the past, looking for the right feeling for anytrack or riff or solo. I must honestly say that I’m satisfied with the result, that encouraged me to develop a different, wider and more varied ,approach to the instrument. During the recording of sometracks of "King Boy Vandals" great guitarists like Midge Ure, Richard Fortus and David Torn joined us on the project. It has been a great experience because, despite the fact that everyone used different guitars and differentrecording methods, the result is fantastic.The variety of the soundeach guitarist createdand the different styles of playing guitar mixed and interconnected perfectly, producing excellent results. To confirm the fact that for a good sound  the choice of the guitar is not crucial but it’s the guitarist’s taste and the way he  plays that counts."

A special section should be dedicated to acoustic guitars. In the album there is an impressive acoustic version of “The Beauty in You”.

Fabio Fabbri is used to playing a Taylor and a Sigma Est 1970 12 Strings.

He thinks that when using acoustic guitars the touch impact is essential, even though the quality of the hollow body is also important.

Regarding the recording of the sound of an acoustic guitar, we must remember that itrequires not only a mic of good quality but also it being in the right position in relation tothe sound source.

Nowadays, the use of sophisticated microphones requires more care during the recording because if the equipment - mixers, analog/ digital converters , pre amps etc - are not all of the same quality, the result, in home recording, regarding the width and warmth of sound, could be below  expectations.

This means it is necessary to reach the bestquality level equilibriumof the various components of the equipment.

Acoustic recordings made during the 70’sare still benchmarks even now ! 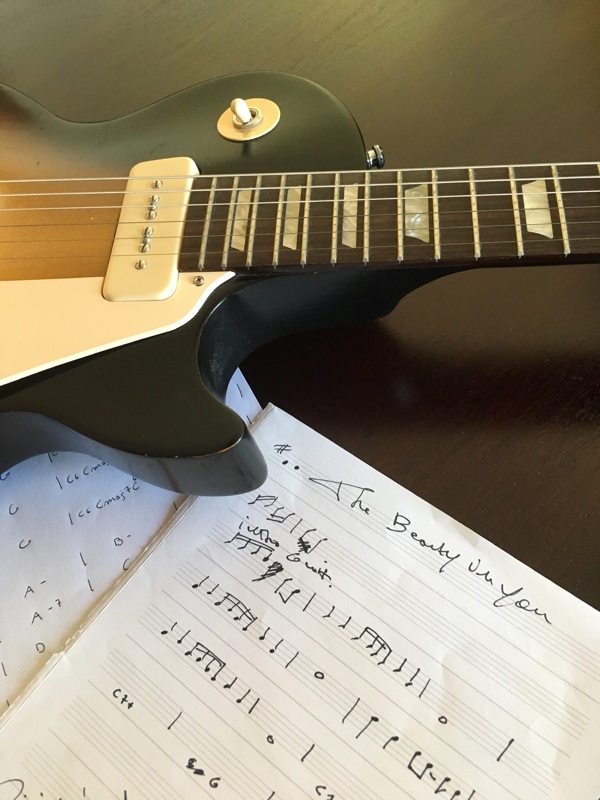