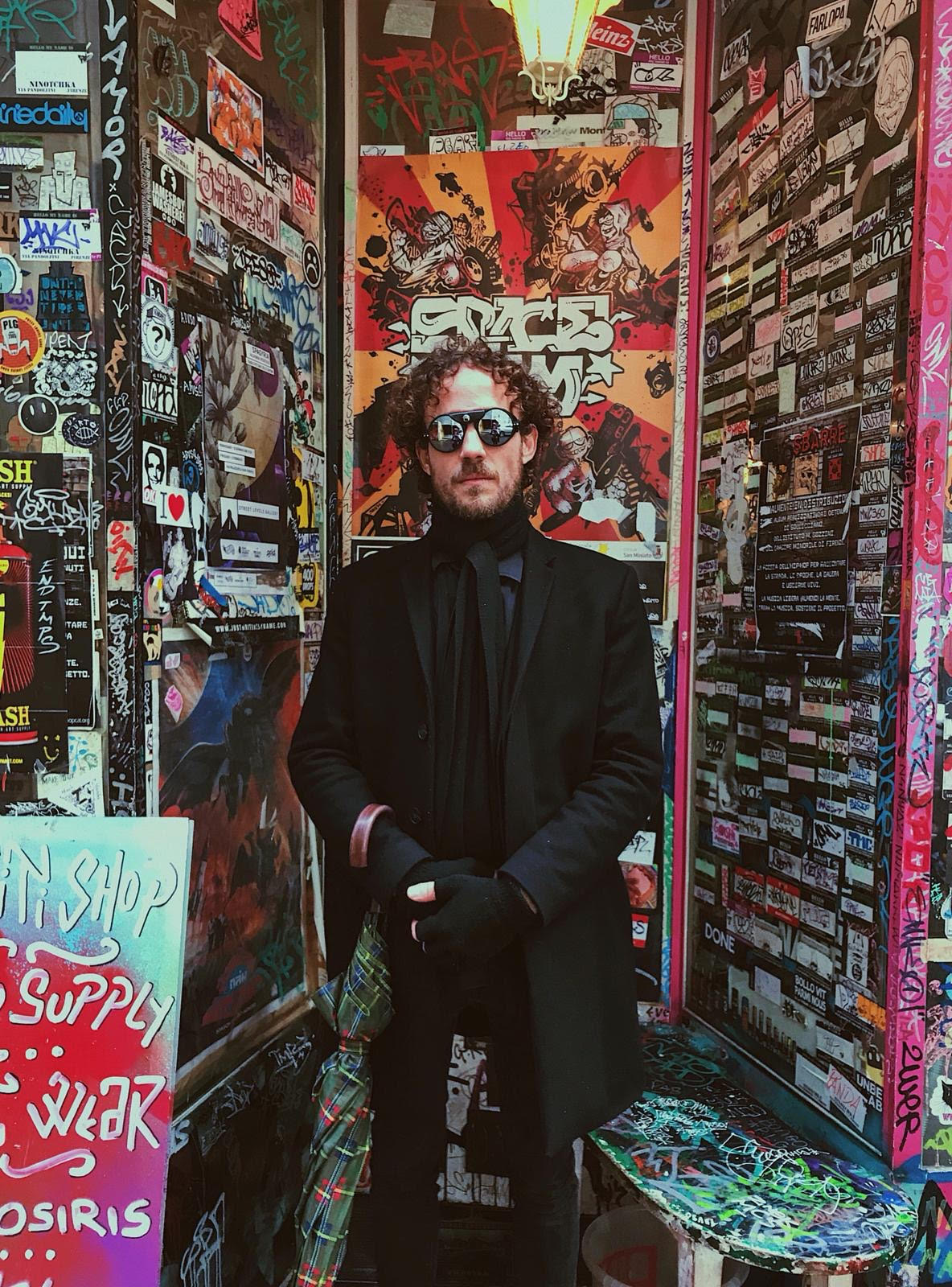 Ruggero Lupo Mengoni is a photographer and art director. He took pictures of Slinky Vagabond that are used to promote the band.

Ruggero Lupo Mengoni was born in  Florence, Italy  and graduated in Fine Art Photography in Fondazione Studio Marangoni and specialized in Analog color C-Print in College of Printing of London, he works as a freelance photographer since 2003 in Florence, London and Milan.

Since 2010 he started working in videos for the music and fashion industry, in 2012 and 2017, he was the finalist of ASVOFF film festival of Diane Pernet in collaboration with Teatro dell'Arte della Triennale di Milano and Vogue Italia. Twice finalist of the International Talent Support in collaboration with Diesel and Mini Cooper, second price of the Biennale della Fotografia in Turin in 2004.

Recently creator and director of Polarys Collective in collaboration with Yasmine Saliba, he blends photography and video with digital 3D and animation, for the production of fashion advertising, catalogues, art installations, performances and films.