The Beauty in You | The New Slinky Vagabond single

"The Beauty in You" is the new Slinky Vagabond single .

It may seem unusual to introduce a rock band with a ballad and not with a faster track. But "The Beauty in You"  is the Slinky Vagabond new single and it's the song that the band love for many reasons.

"The Beauty in You" was one of the rough mix tracks recorded with drum machine programmings, that Slinky Vagabond had some musician friends listen to for an opinion. One of them Mario J.McNulty, Grammy Award-winning music producer, mixer and engineer, greatly encouraged them  to go ahead. 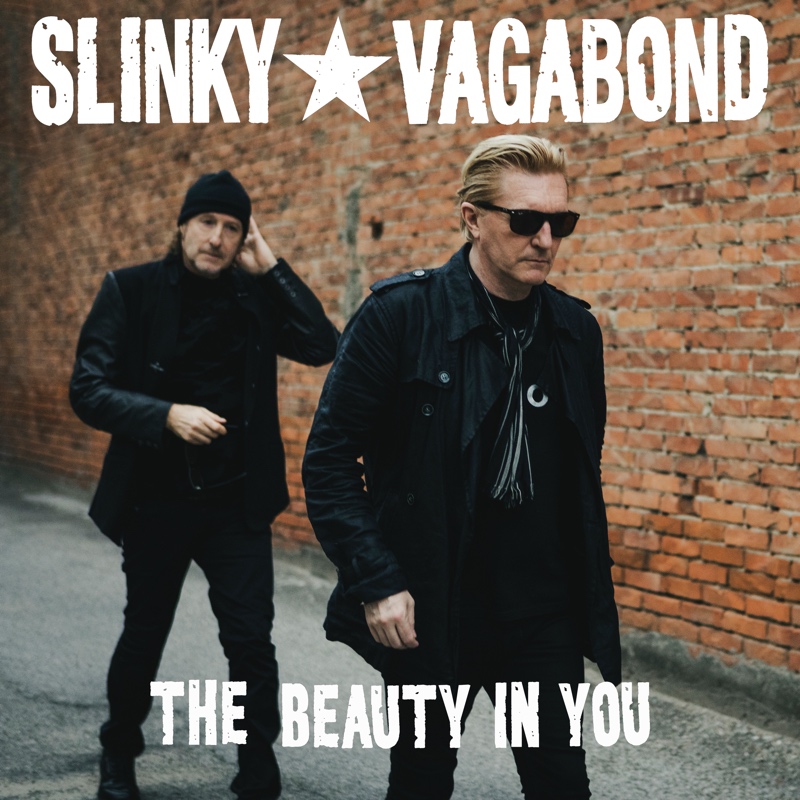 "The Beauty in You"  is about the beauty in decay, Keanan Duffty explains: “Although it masquerades as a love song, it’s actually about abandoned ghost towns like Pripyat in northern Ukraine, which was evacuated after the explosion of the Chernobyl Nuclear Power Plant.  Also, the Salton Sea in California where the town of Bombay Beach was once a popular destination for Frank Sinatra, The Beach Boys, and Bing Crosby and it now is a derelict ‘living ghost town.’ I love that place. It’s like being in a deserted town on Mars.”

The music is by Fabio Fabbri and the lyrics by Keanan Duffty.

The soul atmoshere of the song, highlighted by Duffty's original vocal interpretation that is well mixed with Fabbri's powerful guitar, created a very original sound that is even more emphasized by the contribution of important guests.

Dave Formula (Visage/Magazine/The Finks) on keyboards, who has created a particular atmosphere that has given the song a very special sound. Tony Bowers (The Durutti Column, Simply Red) on bass guitar who has brought a unique sound with his original style . And the English drummer David Maher who has left his signature on the track switching between powerful drumming and more elegant softer parts.

Mario J. McNulty's mixing of the track enhanced the sound of the song even more.